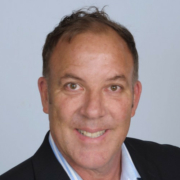 Mark Scholz had come to a crossroads. With decades of professional experience in marketing leadership roles, he was looking for a change. He was great at what he did, having worked at high-profile organizations such as the legendary ad agency, Leo Burnett, and the information technology powerhouse, Hewlett-Packard, but had grown disillusioned with the traditional corporate world and was ready for something new.

Like many successful executives, Mark had been contacted by various franchise brokers but wasn’t totally sold on the professionalism and expertise of the people that had reached out to him. It wasn’t until he attended a JSN panel discussion and met David Omholt, President, and CEO of The Entrepreneur Authority, that he felt he had found the right partner to assist him with the franchise research and buying process. Mark was immediately impressed by David’s deep knowledge of the industry, credibility, and intelligence and felt confident that he had finally found someone he could trust.

Not long after initially meeting at the JSN event, Mark had his first conversation with David about franchising. “I just got a super great first impression of David. He’s a really smart, and credible, salt-of-the-earth guy,” said Mark. “That phone call, which should have been maybe a 15-minute conversation, went for over an hour, and I just felt I was in good hands.” From that point on, David got to work and put together a profile for Mark and introduced him to the many free resources available through TEA.

Learn more about all the free tools that TEA makes available at: https://eAuth.com/resources/.

Both David and Mark were pleasantly surprised by how many franchisors were interested in talking to Mark about their businesses. There were over a dozen opportunities that David presented to Mark, and the two worked together to whittle the list down to three franchises that best aligned with Mark’s goals, interests, and skills.

For Mark the advantage of working with David and TEA was clear. “The difference with The Entrepreneur Authority is how professional, thorough, and methodical their process is,” he said. “David gave me great guidance to narrow down my choices and then vet those out to make a decision.” With David’s guidance, Mark eventually settled on a franchise called Zoom Room – an exciting franchise that specializes in dog training. For Mark, it was the perfect opportunity to pursue his love of dogs and be involved in an industry that is growing rapidly.

Since becoming a franchisee, Mark has nothing but praise for David and the process that he went through with TEA. “I’ve been very, very happy with the decision,” said Mark. “I just think the world of David, and I would recommend him and TEA to anyone who’s serious about franchising.”  Meanwhile, Mark should have three Zoom Room locations open within the next year.  What a neat reinvention story!

TEA offers no-fee consultations, in addition to complimentary webinars on franchising. To schedule an appointment with a Franchise Consultant or register for a webinar, call 866-246-2884 or visit https://eAuth.com/webinars/.