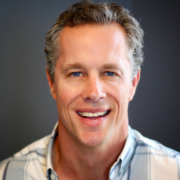 As is oftentimes the case, Scott Vermillion’s path to business ownership is a story of being in the right place at the right time. For close to 15 years, Scott had worked in the ministry as an Executive Pastor. When it came to the church, most of the conversations centered on individuals’ personal and spiritual lives, but there was a void when it came to discussing vocations. Coming from a family of business owners, Scott was always interested in learning more about what people’s work lives were like – and he found they were eager to have those conversations as well.

Over time, Scott discovered that he had a natural aptitude for guiding people – specifically business owners – in optimizing both their business and the joy they received from the work they did. Finally, “Divine Providence,” as Scott describes it, intervened when he helped out a friend who was holding a job seekers networking conference, and David Omholt of The Entrepreneur Authority happened to be a guest speaker, presenting on entrepreneurship and franchising opportunities.

That initial presentation by Omholt sparked Scott’s interest in franchising and was integral in helping him take that initial first step, “Sometimes you need help to get through those initial barriers,” Scott said, “And David was a great source of wisdom and experience. The more he talked, the more I learned.” Scott dove in and decided to take TEA’s assessment tools, and it was quickly apparent that franchising was a great option for him.

Learn more about some of the free tools that TEA makes available at: https://eAuth.com/resources/.

At that point, David began guiding Scott through the discovery process, helping him explore which opportunities might be the best match – and there was no shortage of solid options, given Scott’s versatile skillset. The two worked together and narrowed his options down to six, then two, and finally to a business opportunity that most closely aligned with Scott’s background, skill set, interests, and most importantly, allowed him to follow what he felt called to do, which is helping people.

A Mentor is Key

One of the biggest pieces of advice Scott has for anyone considering franchising or a business opportunity is to find a mentor. “I think it’s so important to have somebody who’s been around the block; who’s seen what franchises are worth getting involved with and which aren’t…those are things that you don’t know unless you have a guide,” Scott said. Another valuable lesson he learned was the importance of having a mentor there to not only guide you through the process but also to be someone to bounce ideas off. As Scott describes it, the vetting process with TEA was very diligent. “What was very helpful was how specific David was about the options available to me,” he said, “I had a lot of questions, and he was there to answer all of them.”

When Omholt founded TEA back 20 years ago, he wanted the business to not be so transactional.  He wanted enduring relationships with the folks he came across.  He calls it building success TEAms. And, Scott is a perfect example of that – the two have continued to collaborate in the market.  Omholt loves to refer business his way as he can and try to help connect him into target-rich markets.  Most contemporary, the two will be part of a panel discussion on business ownership at the same Church they met at…all aimed at helping others.  See a pattern here?

TEA offers no-fee consultations, in addition to complimentary webinars on franchising. To schedule an appointment with a Franchise Consultant or register for a webinar, call 866-246-2884 or visit https://eAuth.com/webinars/.